Statement of the Heart

"To love what we do and share what we love,as we help others enjoy creativity and worthwhile accomplishments... in this we make a difference!"

Hi, I hope you are all enjoying the long weekend, many of you I'm sure, will have taken the opportunity to take your family on a short break before Christmas. If you've stayed at home, I hope you will have had some time for crafting and if you haven't already, take a look at the "Creative Inkers" Christmas Blog Hop.
Have a fabulous week. 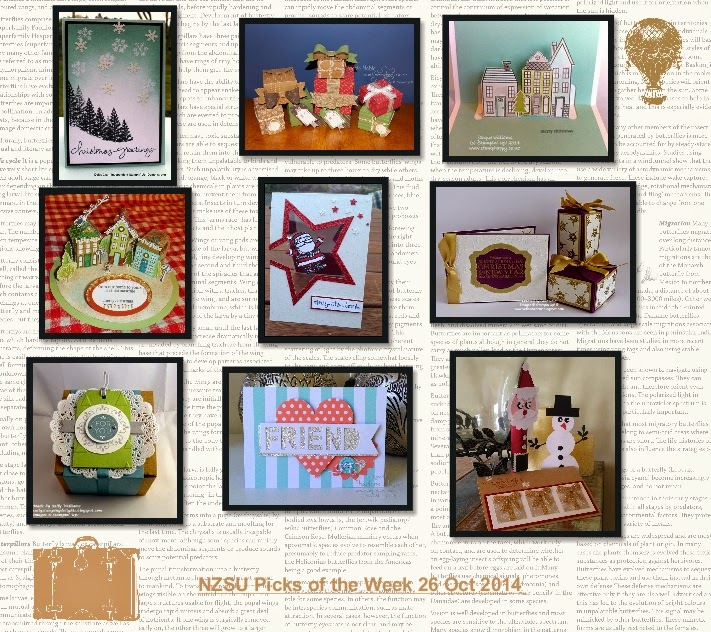 Posted by Janet Mills No comments:

Well I'm still in Melbourne, I was booked to return to NZ yesterday, however as my brother-in-law still needs help caring for my sister this week I will be heading home next Saturday.
This morning I watched Shelli's video on our Demo site regarding yet to be announced major changes to the career plan, these changes will be announced gradually on a Monday and or Tuesday between now and January 2015. There has been a team working on the changes for some time now, so it will be exciting to hear what they have worked out.
Have an awesome week, hopefully managing some crafting. 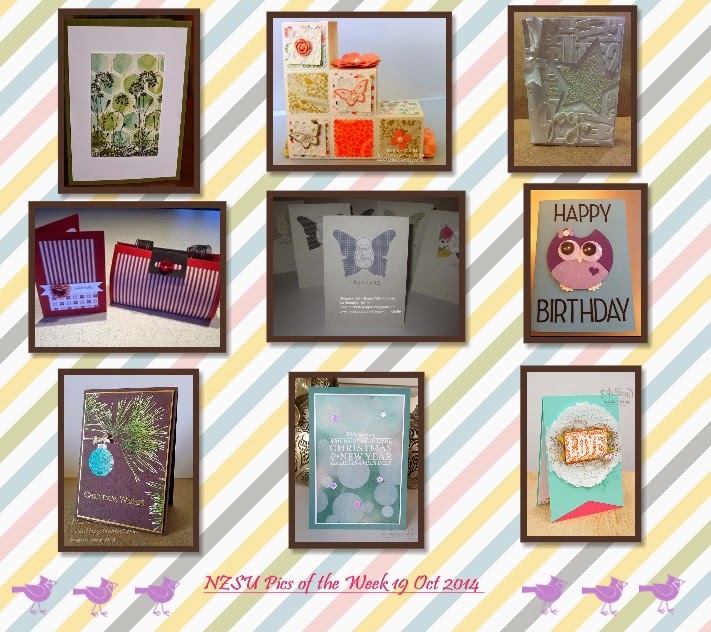 Good afternoon, I hope you have all had a good week, I have been visiting with my sister and her family in Melbourne this week and will return to NZ next Saturday. I have spent a good deal of my time here making Christmas cards for her to send to her many friends and relatives. I've been using my blendabilities to colour images which I have throughly enjoyed, I find colouring and shading to be a very relaxing way to craft.
Have a great week. 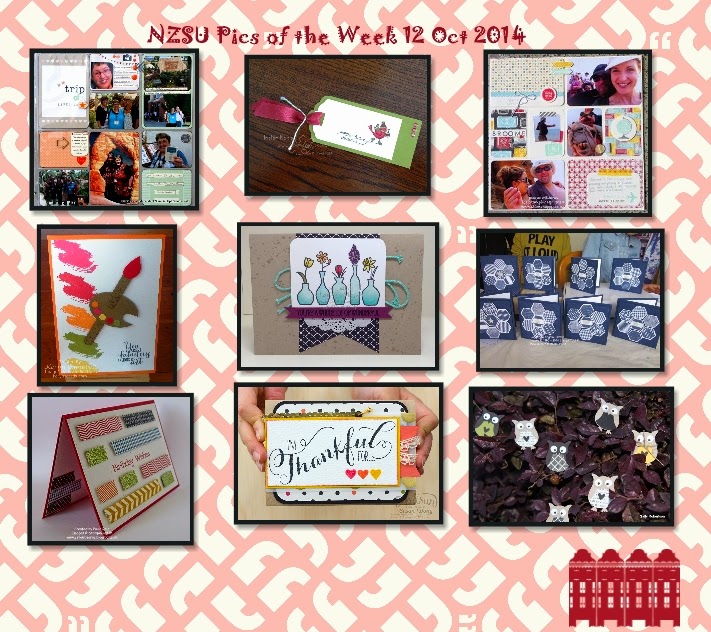 Well Stampers, it seems we have returned to some icy weather, not ideal for outdoor pursuits so maybe you have been able to stay indoors and craft. However if you have children home for the school holidays this may be wishful thinking, but hopefully you are able to take advantage of the discount specials "Stampin' Up are offering before the 6th of October.
Enjoy your week and hopefully the weather will improve. 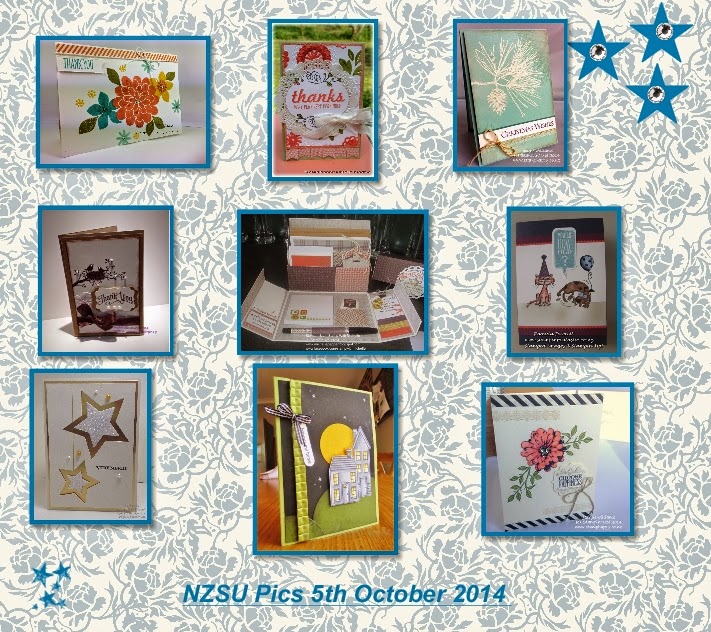 Pic of the Week Award 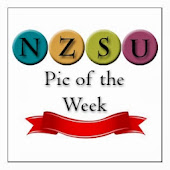 If your picture is selected please use this award to display on your image.